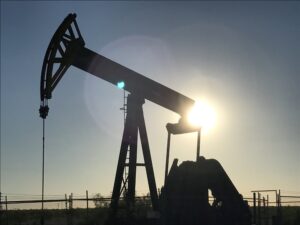 It’s estimated that deaths from car pollution exceed 33,000 per year, (Union of Concerned Scientists). Now that we have become more aware of deaths, damage to the economy and overall harm to our country due to viruses as well as other contagious diseases, it’s time to include the actual, real pain that fossil fuel inflicts. From supporting totalitarian, oppressive regimes in the Middle East, to causing asthma in your children from the school bus they ride on, there is nothing, nothing good that comes from fossil fuels.

Think about it; all along the fossil fuel process, damage is left in its wake. The extraction process physically harms the immediate environment whether it’s being drilled out, or worse; ever hear of “mountain top removal?” Whichever process is employed to get at the oil, the infrastructure needed at the site adds greenhouse gases to the atmosphere. Once extracted, the crude product has to be transported by truck, train and ship to refineries, which adds yet more CO2 to the atmosphere. Then, the refined product has to again be transported by trucks to gas stations, adding even more CO2. Fossil fuel companies enjoy special treatment from the federal government; incentives, tax breaks, policy maneuvers protecting them from competition, insulating their profit and planet damaging business model. And like the days of denial by politicians and tobacco executives about the death caused by their products, currently politicians and oil executives are pushing the exact same lies about fossil fuels; “It’s not that bad and think about the jobs it creates.”

Direct planetary damage, or “atmosphere as dumpster” as my friend and climate change hero Paul Douglas likes to say is just one hugely terrible part of fossil fuel’s “total disaster as business model”. The oil industry props up middle eastern autocrats, “petro-dictators” are able to rule absolutely mostly because of the unbelievable amount of wealth their kingdoms have amassed from oil. Additionally, in those countries that rely so heavily on one singular industry, (namely oil), creativity in other industries is stifled. The one “super industry” rules all else and smart, creative people organize around that one thing to the detriment of other business models, as well as artistic expression. Politics shift to accommodate the super industry; it gets all and whatever it wants, becoming so closely tied with business that democratic leadership of any kind is impossible. We’ve seen this here in the US, in cities that become super centers of one company, or one kind of company. Sure they provide jobs, but once that super company leaves, or goes out of business, the town is left hollowed out, destroyed. Vendors that rely too heavily on one, gigantic customer always put themselves at risk because once that sole customer finds a better deal, or goes out of business, the vendor is toast. Happens all the time.

Of course we don’t have exact numbers on how many people have been killed by petro dictatorships and oil companies, but it is very safe to say that they have caused immeasurable pain, suffering and death; just like the tobacco companies did and still do. The only way human civilization can move into a brighter future, or a future at all is to run away as fast as possible from fossil fuel.