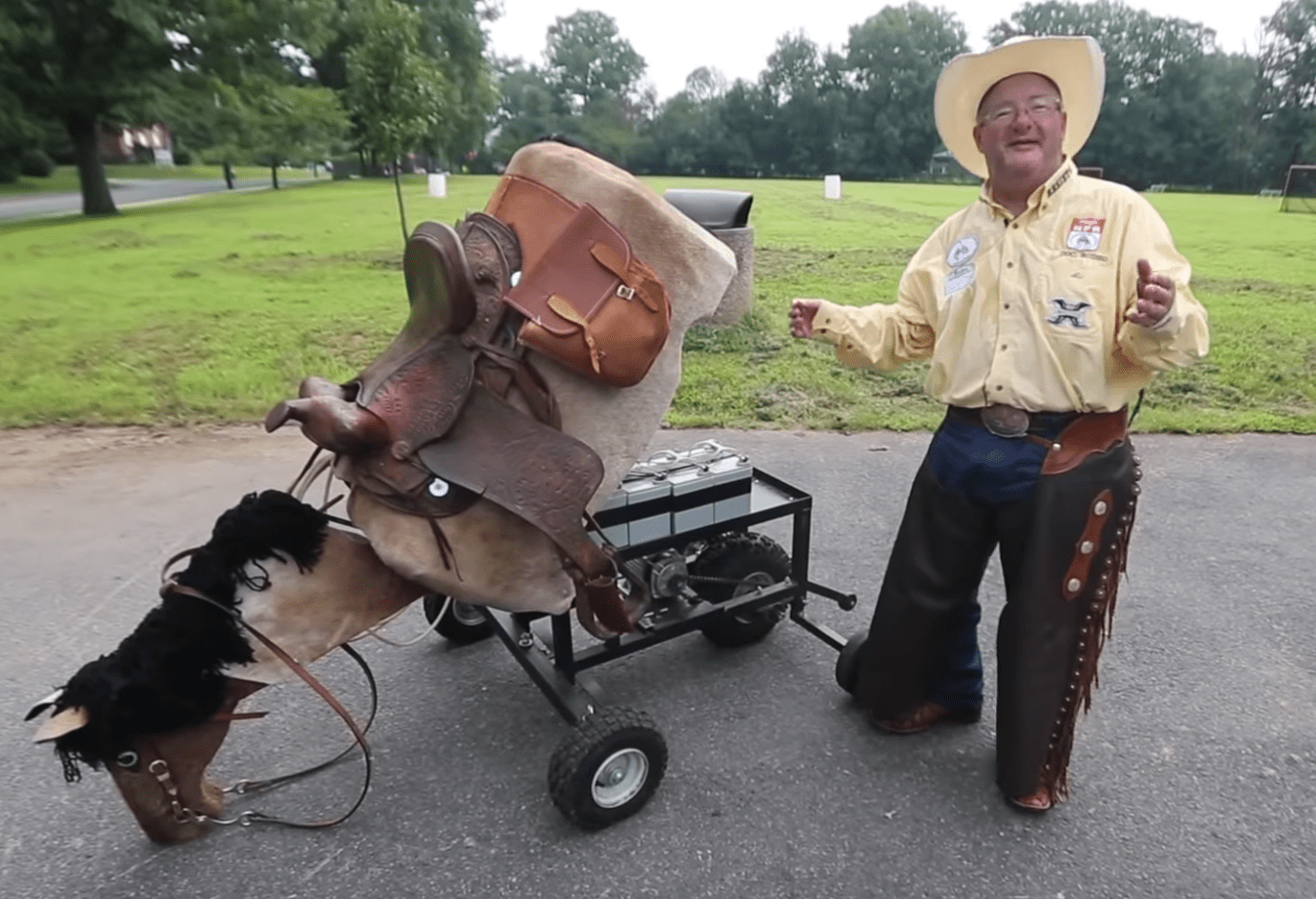 Maybe performance-focused green vehicle superfans won’t bat an eye at the mention of a new and completely electric Ford Mustang. But I’ll admit, a promoted tweet recently announcing this exactly caused me to do a bit of a…wait.

Well, hey now. I’m all for giant auto companies bringing their most popular and beloved brands into the world of clean tech. In fact, in researching for this little diddy, I’ve learned the Mach-E was actually available back in November of 2019. But as you well know, the last couple of years have been a bit…intense…for everybody. So I’m not going to be too hard on myself here. Point remains though:

What IS an electric Mustang exactly? Like, as an IDEA…

Am I finally showing my age (and/or ignorance) in feeling like everything that’s made a Mustang a MUSTANG is almost the antithesis of environmentally-friendly transportation?

But, unlike most of what I see promoted on Twitter, this certainly piqued my interest. Instead of clicking to read the tweet (sorry not sorry Ford Twitter Marketing Agency), I decided to canvas a few current independent reviews to see how people who really know their Mustangs were wrapping their heads around this electric offering.

In his review, Mark Takahashi notes that, while not being the fastest nor the most affordable electric vehicle now on the market, he feels it takes the top spot in their Luxury EV class. It’s a surprising call, but Mark’s reasoning based on the Mach-E’s starting price point is sound.

(Though this would be in reference to either the Select or Premium model, as the California Route 1, First Edition, and GT models start roughly at 50, 59, and $61,000 respectively…with the GT not being available until late-summer 2021).

Perhaps sensing the controversy he was stirring up, Mark goes on to note how much the Mach-E has going for it. For instance, I hadn’t realized this is the first vehicle from Ford designed specifically to be an electric vehicle. (That doesn’t mean much with regards to the actual car, but I thought it was neat.)

While you won’t confuse it for its older siblings that are packing a V-8, Mike’s opinion is that the Mach-E is fun enough to drive to comfortably exist within the Mustang brand. (Noted!) The Premium model also provides a solid selection of drivetrains and extended-range batteries available as an option on all models for those looking to cruise.

All in all, not bad. But not everyone agrees. (Even if they kind of do?)

Car and Driver Magazine: “…when we think Mustang, hushed serenity isn’t what comes to mind.”

Okay, so, while Annie White’s Mach-E review for Car and Driver is as thorough as what we read at Edmonds’, she quickly taps into the source of my initial Lebowski-ing:

“…the Mach-E is quick enough to carry the Mustang name. But we’ve driven a lot of Mustangs, and we don’t like them just because they’re quick. The Mustang lineup includes some of our favorite engines, with intoxicating exhaust notes and more character than any electric motor. They are also thrilling to drive. The Shelby models, in particular, deliver direct chassis responses and steering that’s hyper-communicative, and the risk of getting bucked off the pavement due to your own inattention or lack of skill is quite real. Plus: those exhaust notes. Mustangs aren’t for everyone, which is exactly why the idea of aiming the Mach-E at the masses is so controversial.”

Forgive the length of the quote, but (in my humble opinion) that there is some fantastic writing. It also carves right into the heart of what makes the idea of the Mach-E so challenging for some, even amongst the environmentally aware.

It’s not that this new Mustang is flirting around in Prius and Leaf territory (note: casting no shade here, just making a point, friends). Annie confirms what Mark enjoyed about how it drives. It’s fast. The mid-tier model she helped test went from 0-60 in 5.1. That’s considerably better than my trusty 4-cylinder, Cherry Red Toyota Camry. And, unlike said Camry, the Mach-E has a super sexy design, an elegantly refined interior, and a surprising amount of cargo space (don’t fret though Lil’ Red, you’ll always be the reliable ride that carried me through the pandemic).

But…even with the boosts in performance, it just doesn’t CHUG like the Mustangs of yore. And, unlike the Tesla Model S, the shadows of generations of passionate fans and the legacy of the brand itself loom large over an electric-first Mustang.

How would a true brand loyalist react? Let’s bring this home with the help of the Mustang Fan Club.

Mustang Fan Club: “My personal opinion on the Mustang Mach-E…”

I haven’t been able to find the name* of the Mustang Superfan who authors content at the MFC website (will update as able), but I did want to lead here with their self-described credentials:

“I personally have never owned another vehicle other than Mustang. My first car was a 2001 Mustang V6, the second was a 2011 Mustang GT and my current Mustang is a 2015 Mustang GT. All of them have been my daily driver. At times, a larger car would have been advantageous for me to own. I’m sure my bank account would like for me to stop going to the gas station every other day. 93 octane gets expensive! But I chose Mustang because it gives me a feeling no other car has given me. I have driven my fair share of high horsepower and exotic vehicles but at the end of the day, the Ford Mustang is where my passion stays.”

Okay, yes. This is my brand expert.

And by “brand expert” I mean someone who is going to help me resolve what, in my mind, is this Mach-E brand identity paradox.

And by “resolve” I mean I assumed I’d found someone who would say an electric Mustang isn’t a paradox, it’s an aberration.

Someone who would probably lead with some nice comments about the benefits of electric vehicles and green tech followed by a bone-snapping takedown by someone furious at Ford for, despite any and all good intentions, so obviously straying from the Mustang Way.

And now I get it.

And now I am at peace.

Let’s begin with a POV only a true lifelong fan of the brand would think to add to their review:

“I want to mention the Mustang II generation for a second. Mustang II was produced during 1974 – 1978. During that time in history the OPEC fuel crisis was in full swing. This caused major restraints in the automotive world so therefore are beloved high horsepower, rowdy Mustangs we choked down to meet the automotive standards of the time.” 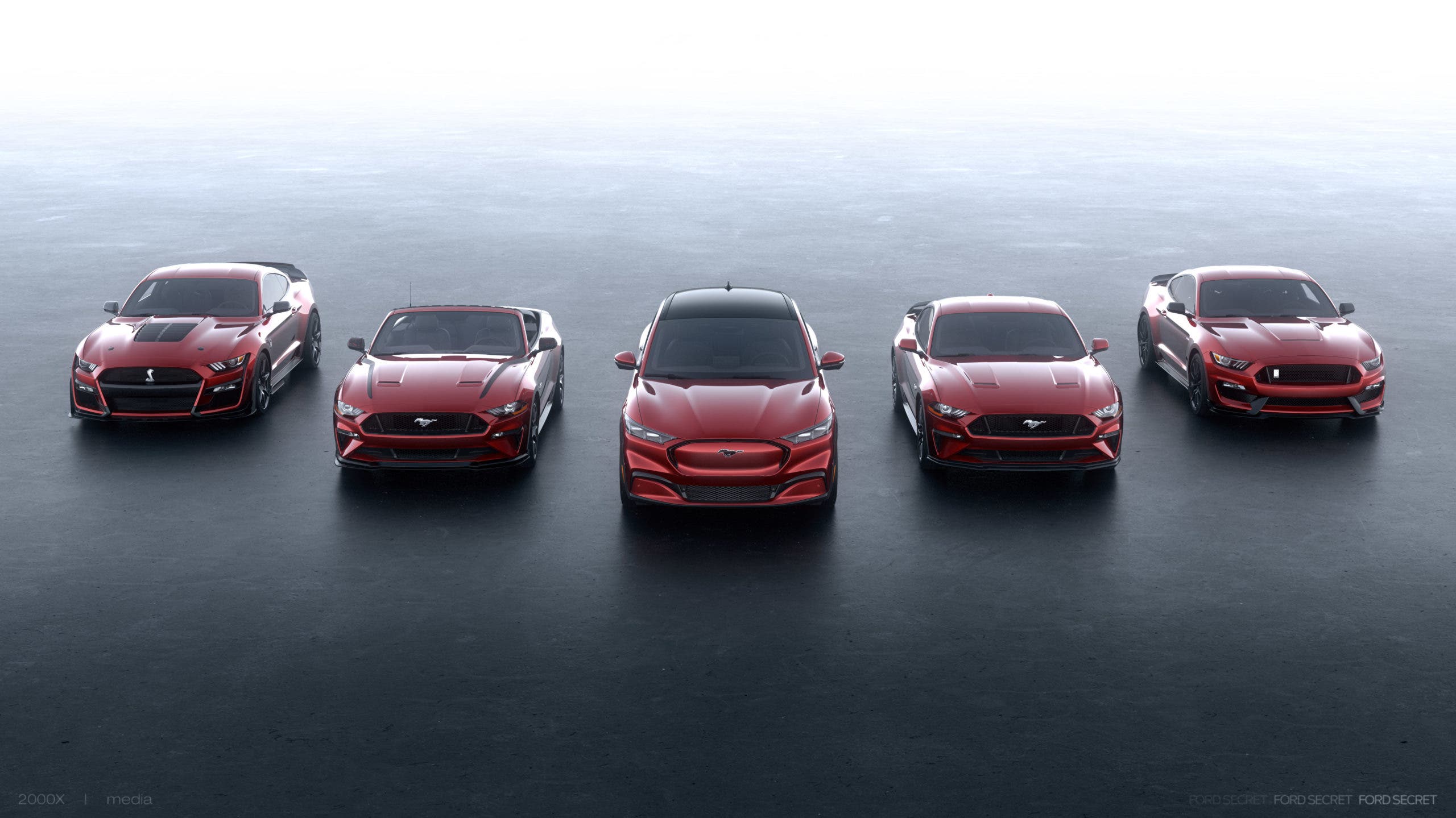 “The Mustang community tends to forget the 1974 Mustang II was the first of only two Mustang models to be honored with the Motor Trend Car of the Year Award. Between 1974 and 1978 Mustang II models sold over 1,100,000 Mustangs within those four years. That’s just over 10% of total Mustang sales to date! The point I’m trying to make here is we all have our own opinion on what Mustang means to us. Mustang has been here for the past 55 years because of how it adjusted with the world around us.”

How IT adjusted with the world around US.

“The slogan Mustang Fan Club has always gone by: “It’s not just a car, it’s a lifestyle”. We all have different lifestyles and Mustang fits into our lives differently…I have driven my fair share of high horsepower and exotic vehicles but at the end of the day, the Ford Mustang is where my passion stays.”

This all is just… fantastic.

As a marketing, advertising, content…whatever the hell I am, I’ve spent a lot more time under the hoods of brands than I have cars. And there is a TON of to-do about how brands need to be like real people so that we (human beings) can relate to them. There is as much, if not more, to-do about whether or not that’s all bull pucky.

Let’s (carefully) step over all of that for now.

Because most of this bushwah focuses on how to make brands relevant, not how to keep them relevant.

And what twaddle there is about brand relevance focus on what we, the consumers, want. Not what we need.

And what we need is greatly, increasingly, critically determined by the world around us right now.

We have 12 years left to make the changes needed to avoid the first big calamitous shift in global temperatures. And I say “first calamitous shift,” from a position of privilege, because our destabilizing climate is already impacting people world-wide.

And folks under the hoods of brands like Mustang, big brands that thousands, if not millions, of people have big silly beautifully strong feelings for, should be doing exactly what Mustang Superfan nails in their review–pushing the brands in their charge to adjust with the world around us.

Not everyone will be happy. No one ever is. But we live in a world that needs us to make some major changes. Soon. So, here’s to more shake-ups caused by more electric Mustangs. It’s going to be an intense ride.

But intense rides can also be a lot of fun…