By Rich Kronfeld | Food For Thought | No Comments 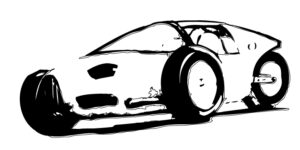 I’m a car guy. I have to admit it. I’ve been a car guy since I was 7 or 8 building car models with my friend Steven in his mom’s basement. We built many a Monte Carlo, Lincoln and Cadillac, (his favorite). One year, the model maker company cut corners and didn’t make the small change to the grille of one of their models, which had been an update by the car manufacturer that year. Steven, all of 8 years old, wrote a customer complaint letter threatening to sue and the company sent him a whole case of models to make amends. Actually this happened again and they sent him another case of car models. I believe they sent Steven so many car models; he may still be making them.

My first, true car was my dad’s BMW 2002, which was a hit at my college with all my friends and me. I loved the car and kick myself all the time for letting it get shabby and finally selling it. The 2002 was truly a cool, European car, when in my opinion BMW’s were still cool. When I graduated, I “graduated” to a Nissan 300Z. For some reason, I was taken by this flashy, airhead, over the classy, intelligent 2002. The 300Z was the kind of car a middle aged man with a toupee would buy. Eventually, I upgraded to a much better version – the 300Z Twin Turbo. That was a great car and I loved it, but…

Then one day, sometime around 2000, I had an epiphany. Why was I putting money in the hands of petro dictators and malevolent, gigantic oil companies? What’s the point of a big, gas engine? So what if you have 300, 400, 500, or 1,000 horsepower? You still can’t go 200 mph on the highway and you’re not likely to drive to Indianapolis and pull onto the racetrack during the 500. It’s just about power projection, which is sad that so many of us choose wastefulness, just to satisfy our need to project power; myself included.

For about 10 years after my epiphany, I dreamt of a vehicle that was clean, fun, fast, efficient, pedal driven, weatherproof and safe. A vehicle that would use your own power input to make it crazy efficient. Then I actually had a literal dream of the Raht Racer one night. I began to write descriptions and look for someone to help me visualize it. Luckily I met another car guy, Lyon Smith, a great artist who drew dozens of sample sketches, (the first one at the top of this post – I told him I wanted something that looked like Darth Vader – isn’t it great?).

A few people in the electric car club I was a member in told me that a human/electric hybrid vehicle is irrational, impractical, dumb; human beings can only contribute a small fraction of the power necessary to make the vehicle operate (150-200Wh in a 13kWh system). To that critique I say, “so what?”  Like stated above, people satisfy their egos every day by buying sports cars capable of going 200 mph that will never go 200 mph and expensive SUV’s that are designed to go off the road that will never be taken off the road. Like those kinds of vehicles, the Raht Racer will appeal to people’s emotions and desire for power. Unlike those vehicles, the Raht will appeal to emotions about the environment and emphasize the power of the self. In our homes, we recycle a very small amount of material in the overall waste stream, but it adds up and it makes us feel better to do our part. Driving the Raht will also help us to feel we’re doing our part.

By Rich Kronfeld | Energy, Food For Thought | No Comments 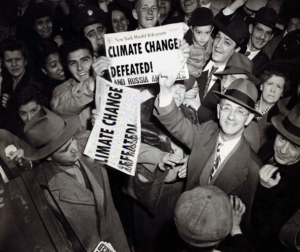 We’re making progress on clean energy, clean technology, sustainable energy and that’s great. Solar has grown leaps and bounds, more EV’s are on the road, battery technology is improving, people are more accepting of the fact that climate change is human caused, (anthropogenic). And yet, when one stops to consider the colossal, planetary response needed to truly cut all the heads off the global warming dragon, it comes up woefully short. Think about it this way; imagine the mobilization of all sides in World War 2.

Consider the millions of people engaged; billions/trillions of hours worked; new machinery designed and built (sometimes in a matter of weeks); ships built every few days; the soldiers mobilized, trained; the way whole populations worked for the war effort. It’s mind boggling when you consider the Second World War from the perspective of organization, management and cost. And the war effort was approached in multiple strategies; ground warfare, massive industrial output and the big idea, (Manhattan Project). Now take that image of all the effort put forth by all the countries fighting in WWII, multiply it by 100 and you begin to have an idea of what truly addressing climate change looks like. Our ground game is preservation of forests and a massive planting effort, industrial output is new, clean, sustainable energy systems and the big idea is some new way to scrub out billions of tons of CO2, a solar shield, or some other exotic, new tech.

Apparently world governments have not deemed climate change enough of an emergency to declare war and mobilize their populations and resources. Yes, many countries are talking steps, some big and bold, but nothing compared to an all-out war effort; which brings me to the title of this post – what’s the problem?

We stormed the beaches of Normandy, but for some reason we can’t tell GM to stop making internal combustion engines. We built the world’s most expansive and complex transportation system in history, but we can’t build a clean power grid. America essentially won the 20th Century, but we can’t even take the simplest, no brainer steps like phasing out dirty, wildly polluting 2 cycle engines. If the climate naysayer mentality had triumphed around 100+ years ago, we would never have electrified the cities, developed indoor plumbing, or developed food safety standards. “It’s too hard”, they would have said; “too expensive to insure that people don’t die of dysentery from eating their lunch.” Yes we saved the world from fascism, but these days we can’t save the world from our own mistakes.

The work that has been done thus far, though important is a drop in the bucket. Either the people of the world demand that their governments start seeing this on a war level scale, or at least as a Moon shot public project, or we will all lose.

Our Role In The Market

By Rich Kronfeld | Food For Thought, Office | No Comments

Oxmox advised her not to do so, because there were thousands of bad Commas, wild Question Marks and devious Semikoli, but the Little Blind Text didn’t listen. She packed her seven versalia, put her initial into the belt and made herself on the way. When she reached the first hills of the Italic Mountains, she had a last view back on the skyline of her hometown Bookmarksgrove, the headline of Alphabet Village and the subline of her own road, the Line Lane. Pityful a rethoric question ran over her cheek, then she continued her way. On her way she met a copy. The copy warned the Little Blind Text.

put her initial into the belt and made herself on the way. When she reached the first hills of the Italic Mountains, she had a last view back on the skyline of her hometown Bookmarksgrove, the headline of Alphabet Village and the subline of her own road, the Line Lane. Pityful a rethoric question ran over her cheek, then she continued her way. On her way she met a copy. The copy warned the Little Blind Text.

I think that's the single best piece of advice: constantly think about how you could be doing things better and questioning yourself.